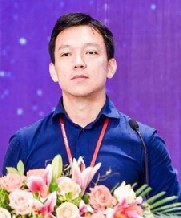 Abstract: This talk mainly introduces a few representative compact computer vision models for visual recognition and retrieval on massive datasets. It covers the main progress of Prof. Rongrong Ji’s research group on compact visual representation, feature interpretability, and robust visual analytics. For the issue of representation compactness, a ranking-sensitive hashing model will be introduced, which can effectively preserve the ranking information of data in the Hamming space by learning from large-scale unsupervised data pairs. For the interpretability issue, this talk will report recent developments of diverse feature learning, feature coupling & decoupling analysis, as well as the structural decomposition of neural networks. For the robustness issue, an in-depth investigation on the sensitivity of adversarial samples in visual retrieval tasks will be presented and discussed. Finally, this talk will highlight some typical industrial applications of the above research achievements in recent vision-related products of leading AI companies such as Huawei and Tencent.

Biography: In 2011, Rongrong Ji obtained his doctorate from professor Yao Hongxun in Harbin Institute of Technology. In 2010, he worked as a research assistant in academician Gao Wen laboratory of Peking University. From the end of 2010 to 2013, he worked as a postdoctoral researcher in Shih-Fu Chang laboratory of Columbia University. In 2013, he joined the department of intelligent science and technology, school of information science and technology, Xiamen University. He was appointed as a full professor at Xiamen University in 2014 and he has been Minjiang Scholar distinguished professor since 2015 at the same university.

In the past decade, Prof. Ji and his collaborators have developed some of the state-of-the-art mobile visual search systems and social multimedia analytics tools, with top performances in the MPEG Compact Descriptor for Visual Search (CDVS) standard evaluations. His work has also been recognized by ACM Multimedia 2011 Best Paper Award, Microsoft Fellowship 2007, and Best Thesis Award of Harbin Institute of Technology. His research has been supported by government agencies like National Science Foundation of China. He has been awarded the National Science Foundation for Excellent Young Scholars (2014). In 2017, he was awarded the National Top Talent of Ten Thousand People Program.

Abstract: Artificial Intelligence (AI) is the driving force of growth in the world and therefore it is an extremely topical subject nowadays. The ever-greater developments in the field of artificial intelligence have sparked conversations of its potential in different sectors (society, business, government, etc). AI has been here for ages but now we have all we need to make it a reality; computing power, storage capacities, communications technology and man power. With all these resources we can become more efficient by incorporating AI into our daily activities.

Edge Computing streamlines the flow of traffic from IoT devices and provides real-time local data analysis. Instead of a centralized data-processing warehouse, this paradigm processes the data near the edge of the network, where the data is being generated. Edge computing accelerates data-streaming, including real-time data processing without latency. It allows smart applications and devices to respond to data as they are being created, this almost instantaneous response eliminates lag time. This is critical for technologies such as self-driving cars and has equally important benefits for business.

Corchado is the Director of the European IoT Digital Innovation Hub and of the BISITE (Bioinformatics, Intelligent Systems and Educational Technology) Research Group, which he created in the year 2000, President of the AIR Institute, Academic Director of the Institute of Digital Art and Animation of the University of Salamanca and has been President of the IEEE Systems, Man and Cybernetics Spanish Chapter. He also oversees the Master´s programs in Digital Animation, Security, Blockchain, IoT, Mobile Technology, Information Systems Management and Agile Project Management at the University of Salamanca.

Corchado has supervised more than 25 PhD theses, is author of over 800 research peer review papers and books, has chaired the scientific committee of more than 30 international conferences, and is also Editor-in-Chief of Specialized Journals like ADCAIJ (Advances in Distributed Computing and Artificial Intelligence Journal) and OJCST (Oriental Journal of Computer Science and Technology).

Abstract: Digital images introduced big changes in the world. Besides using digital images in everyday life, they became an irreplaceable part of numerous scientific areas such as medicine, security, agriculture, etc. One of the usual tasks in applications with digital images is digital image classification. Great progress in solving this task was made in recent years by convolutional neural networks. Convolutional neural networks represent a special class of deep neural networks that take a spatial correlation of input data into consideration. The results achieved by CNN are significantly better in comparison with the other classification methods. To use a CNN for a specific classification problem it is necessary to find the optimal network architecture and set various hyperparameters such as the number of different layers, number of neurons in each layer, optimization algorithm, activation functions, kernel size, optimization algorithm, etc. Frequently, CNN’s configuration is based on some previous experience or knowledge or set by guessing and estimating (guestimating) better values for the hyperparameters. Recent studies achieved promising results when using swarm intelligence algorithms for CNN’s hyperparameters tuning. A few examples of using swarm intelligence algorithms for convolutional neural network hyperparameter tuning will be presented.